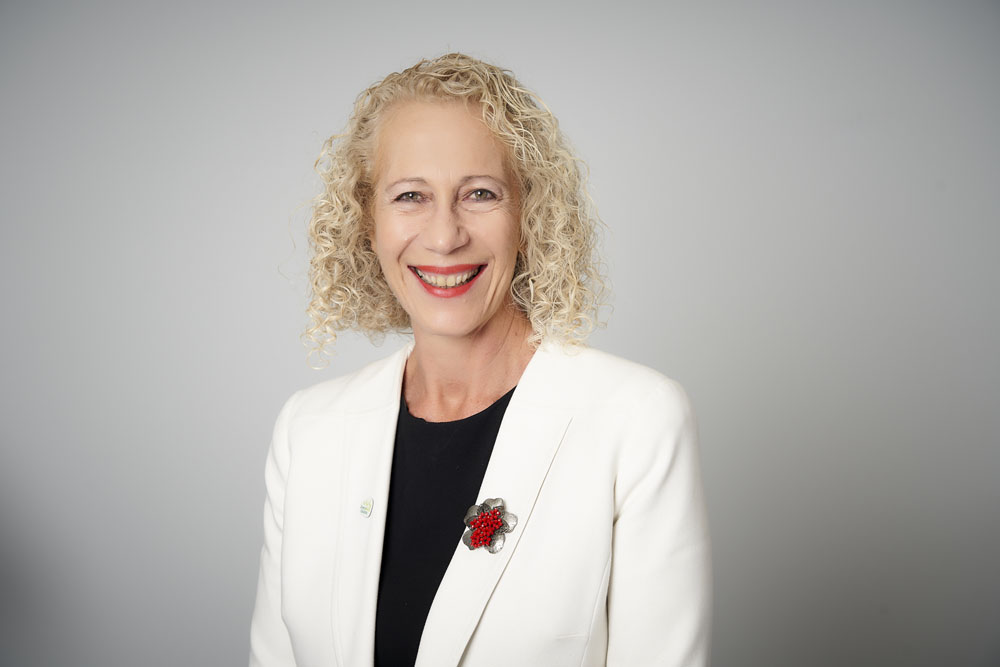 Dr Marlene Krasovitsky has headed up the EveryAGECounts campaign since its inception in 2016. When she became aware of the Benevolent Society’s mission to establish conditions for older Australians to age well, she felt this was work of lasting importance for which she was well equipped. Previously Marlene had worked as director on the Australian Human Rights Commission’s  Willing to Work campaign with former Age Discrimination Commissioner (now the late) Susan Ryan. This work involved two years of travel around the country listening to deeply felt stories of discrimination inherent in the workplace.

Here’s how Marlene sees her journey.

Q. How did you start the EAC campaign?

‘Initially it involved a lot of time ‘unpacking essential conditions of positive ageing across policy domains including employment, income security, housing and health. The aim was to achieve a foundational threshold of understanding of what drives negative outcomes for older adults in order to create the EveryAGECounts program.’

Q. What stood out in this preliminary research?

‘We discovered that there was no comprehensive discourse and decided, maybe we can play in this space. This led to asking what underlying factors contribute to negative experiences and how to bring awareness to such negative social norms.

We asked a simple question – ‘How do you feel about getting older?’

And unleashed a deep existential fear – there were so many negative associations and internalised negative experiences.’

Q. To be blunt, when it comes to ageism, is anything really changing?

‘Yes, there are very deep fears about health and/or dependence. Basically when people think about age they think about death, decline or dependence (the three ‘D’s). We work on separating out these individual concerns to see if people are afraid of this, that or the other. And if we cannot change aspects of the ageing process (and sometimes we can’t), we ask, can we change what we do or put things in place to mitigate any downsides. This is a good discussion to have.

The last six or so years have seen an expansion of the discourse on ageing and much better understanding of ageism.’

Q. Do you think the word ‘ageism’ is itself ageist?

‘(Laughs) Yes, it is a hairy beast, with negative connotations and negative consequences. Which forces upon us the need to build awareness of how deeply ingrained and highly tolerated ageism has become. It’s also a relatively new construct for people – until they experience it. We need to tackle the barriers, through language and tone of voice, in order to unpack ageism. Our job is to give examples of the forms it might take in your own personal context, for example, being bullied at work, ignored in the supermarket queue or financially abused.

Only then can we go to the next step and start to reframe that language.

It starts by seeing opportunities, not perceiving ageing as burdensome or problematic. Seeing a huge group of people wanting to continue to contribute. We must reframe the narrative of burdensome.

Q. How do you measure the progress EAC is making? Is it too intangible to collect data?

The preliminary work we did at the Benevolent Society was really helpful. We looked at other great movements – feminism, sexism, racial equality – and tried to see how they encouraged people to think, act and feel differently. Interestingly, we found very little hard evidence of how long term campaigning shifted social norms, very little in the way of comprehensive monitoring and evaluation frameworks.

EAC is measuring at two levels.

The smaller, more specific actions including activities, publications and particular events, such as our work leading up to and on World Elder Abuse Awareness Day (WEAAD).

And then there are bigger, broader social shifts in the drivers of ageism, where we try to capture current attitudes.

That large evaluation of our work was completed in 2019 and is set to be redone in five years and again in another five. It will give us a clear indication of future directions by analysing what has worked during a sustained effort to shift the norms.

Q. Who else is doing good work in this space?

Canada and the United Kingdom have a lot of focus on campaigning against ageism.

The European Union has also recently released a major report on ageism.

In May 2019 the World Health Organisation(WHO) released its first global report on ageing and ageism and is supporting an ‘ageism scale’. WHO also has two key initiatives in intergenerational work and education and awareness campaigns.

And here in Australia, the Australian Human Rights Commission (AHRC) has produced a number of pieces of research on ageing in Australia and attitudes towards older people.

Q. How important is the proposed United Nations Convention on the Rights of Older People?

An international treaty is the only way to close the gap that our Royal Commission into Aged Care and the Covid pandemic have revealed – the messages that older people are of lesser value.

We need this convention. There are no treaties to protect our rights as we age. A treaty would also have the flow-on effect of fuelling our advocacy, accountability and service provision.

To date, Australian Governments have been slow to take up this opportunity (in particular the Open-ended Working Group on Ageing at the UN). Australia really does need to be part of the drafting of this convention.

Q. Should older workers and ageism be on the agenda at the Albanese Government’s Jobs Summit in September?

Yes. This is important.

Why, when there are such severe labour shortages, such a high number of older Australian workers are stuck outside the workforce? These people could and should be able to continue to contribute. It comes back to stereotypes and assumptions about these workers.

Women have fuelled the most recent growth in productivity. Older workers can do the same. Structural changes (i.e. to the Age Pension income rules) are welcome, but they can only take us so far. We also need changes to social and attitudinal barriers.

Q. What’s next for EveryAGECounts?

We know we need to focus on the long term – to do more on a national sustained scale.

We are keen to have a primary prevention strategy. We are aware that ‘one-offs’ (short projects) don’t work very well. We need to work on sustained connections and longer-term, intergenerational relationships.

The EAC campaign has spent the last five years building our infrastructure so we can sustain this nature of long-term campaigning. We’re proud to have such a strong coalition of members and membership groups.

We also now have a visual identity and have raised awareness of what ageism looks like.

We’ve been particularly pleased with our collaborations at a local government level, and the uptake of this campaign with many councils and shires creating events and templates which will help them fight ageism in their workplaces and communities.

We are now in a good position to mobilise and activate.

This includes a focus on training advocates and increasing our influence at a community level. And – of course – increased activism around that very important UN convention.

Join with EveryAGECounts to support the fight against ageism.