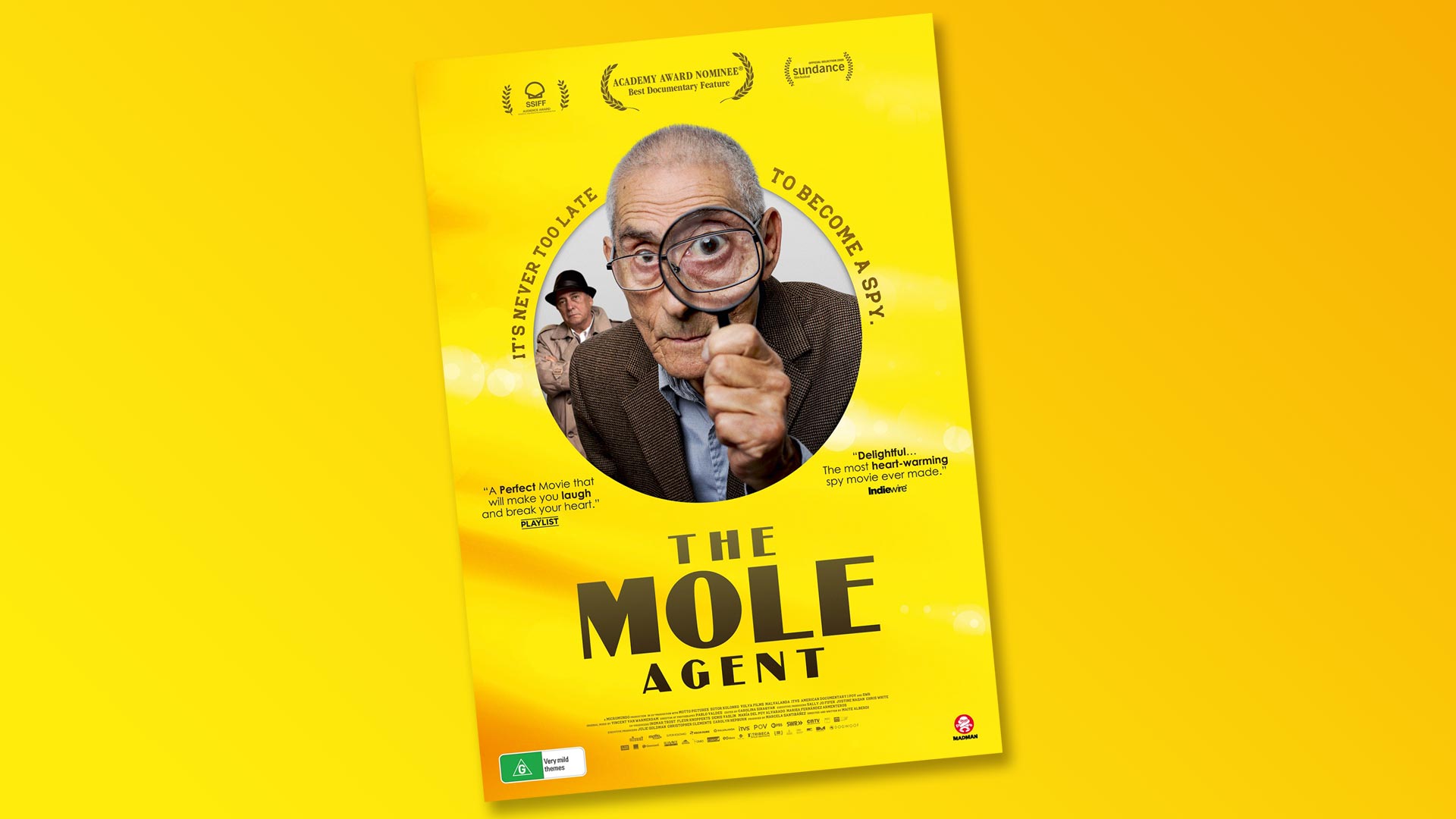 Ageing: The person I used to be 

The Mole Agent could be described as a small film. It’s a Chilean documentary, with dramatic overtones. Not quite the hybrid docu-drama of Nomadland, but close to this genre, without the bleakness.

In fact, it’s charming – in no small part due to the lead character, 83-year-old, beret-wearing Sergio Chamy who captivates.

The director, Maite Alberti, has form in filming marginalised people – her documentary about Downs Syndrome adults, The Grownups, is moving and uncompromising in its refusal to patronise the subjects of the film.

In The Mole Agent, Alberti turns her attention to the elderly, filming residents of the San Francisco Nursing Home in San Diego, Chile.

From 300 hours of footage created by a four-person crew, we follow Alberti’s 90-minute narrative of a private eye investigation, with a twist.

The (real life) detective agency has previously been hired by adult children of aged care residents to check on their welfare, in particular if there is any potential abuse.

Another case lands of the desk of owner, Romulo Aitken, but the usual ‘mole’ is unavailable due to surgery. An advertisement is placed in the paper, seeking an 80–90-year-old male who is prepared to go undercover inside the nursing home for three months, in order to establish whether the client’s mother, Sonia, is indeed being maltreated.

No spoiler alert needed, as this is as much of the plot I need to share.

This tiny film is big on heart. And offers an important, refreshing perspective on the ongoing debate about what aged care could and should look like. It was shot in Chile, but its themes of marginalisation, isolation, loneliness and loss of purpose are universal when it comes to the frail elderly.

In Australia context there are 336,000 residents in permanent aged care.

A Royal commission was held and the findings were damning about the way we have collectively failed to care for our older mothers and fathers, uncles, aunts and those individuals who do not have close families or friends.

The 2020 Federal Budget has attempted to address this problem with a $17.7 billion injection of cash over four years.

Whilst more attention, resources and financing are commendable, throwing money at the process of aged care while avoiding the elephant in the room is still not going to help all residents.

And what is the elephant? We continue to avoid addressing the deepest human needs on a daily basis.

The residents in The Mole Agent are unhappy because society has essentially deemed them useless.

Their children have found the time and resources to hire a private detective for three months, but seem unable to find the couple of hours to and walk in the door of the home to check on their parents themselves.

The message of The Mole Agent is not limited to the shortcomings of Sonia’s daughter. This situation is also a very sad fact of daily life for so many elderly men and women in Australia today.

Agent Sergio is eminently lovable. Dapper is the word that springs to mind; he is slim, well-dressed and elegant. But we quickly learn that it is his big heart and seemingly inexhaustible empathy that sets him apart. Empathy is in his DNA.

There is also an important subplot which centres on purpose, contribution and the lived experience of ageism in the workplace. The men who attend the interview for the role of the agent are amazed anyone would actually be hiring someone their age. And why do they want to work? Because they are not done yet. They quite rightly believe they still have something to offer and want the stimulation of doing so. As Sergio says when pressed upon why he wants to take this job, ‘I’m beginning to feel like the person I used to be’

This documentary is not for everyone.

My companion described it as depressing.

I didn’t find it so. I found it revelatory.

The Mole Agent offers the unvarnished truth about a sad failure of modern society. In so many ways we do not value our elders. We just prefer to keep them out of sight, and out of mind.

PrevPreviousHow to give gifts 
NextThe Upside of AgeingNext